Team Impact is an elite group of Impact Martial Arts that has set both team and personal goals towards becoming the best Martial Arts Athlete in the world!

A martial arts athlete is fast, powerful and ready to compete in any arena. They can win in the ring and in life. Their character training helps them make positive achievements in school, home, work and with friends.Their self-defense techniques are sharp and they are ready to protect themselves and their family at anytime. They posses the character skills of great leaders and use their powers to help inspire the people around them. The martial arts lifestyle is rewarding. The training, events, character inspiration, teamwork and coaches create an atmosphere for winners in the game of life.

Our Goal
TRAIN: Dedicate time to work out and improve your martial arts techniques. Every time you train, you give it your best and you improve yourself.

ACHIEVE: When you train and give your best, you will achieve new accomplishments. You might land a new kick, a new combination, win a competition or get a new belt but you are constantly achieving new goals no matter how big or small.

INFLUENCE: As you get better and have more achievements, use your ability to influence and inspire others to be better. Use your talents to motivate others.

Team Impact has visited the Alabama Wildlife Rehabilitation Center multiple times over the past years cleaning and assisting in projects.

Team Impact has visited the Pelham Fire Department and cleaned firetrucks, experienced how to properly fold the Flag of The United States, and learned great safety tips from the heroic Firefighters.

Team Impact not only trains hard in the gym, we seek out to train with the best Martial Artists and Instructors in the World! Through training opportunities, Team Impact is able to learn how to become an all around dynamic competitor and leader.

We are proud members of Taekwondo United.
http://www.taekwondounited.net/ 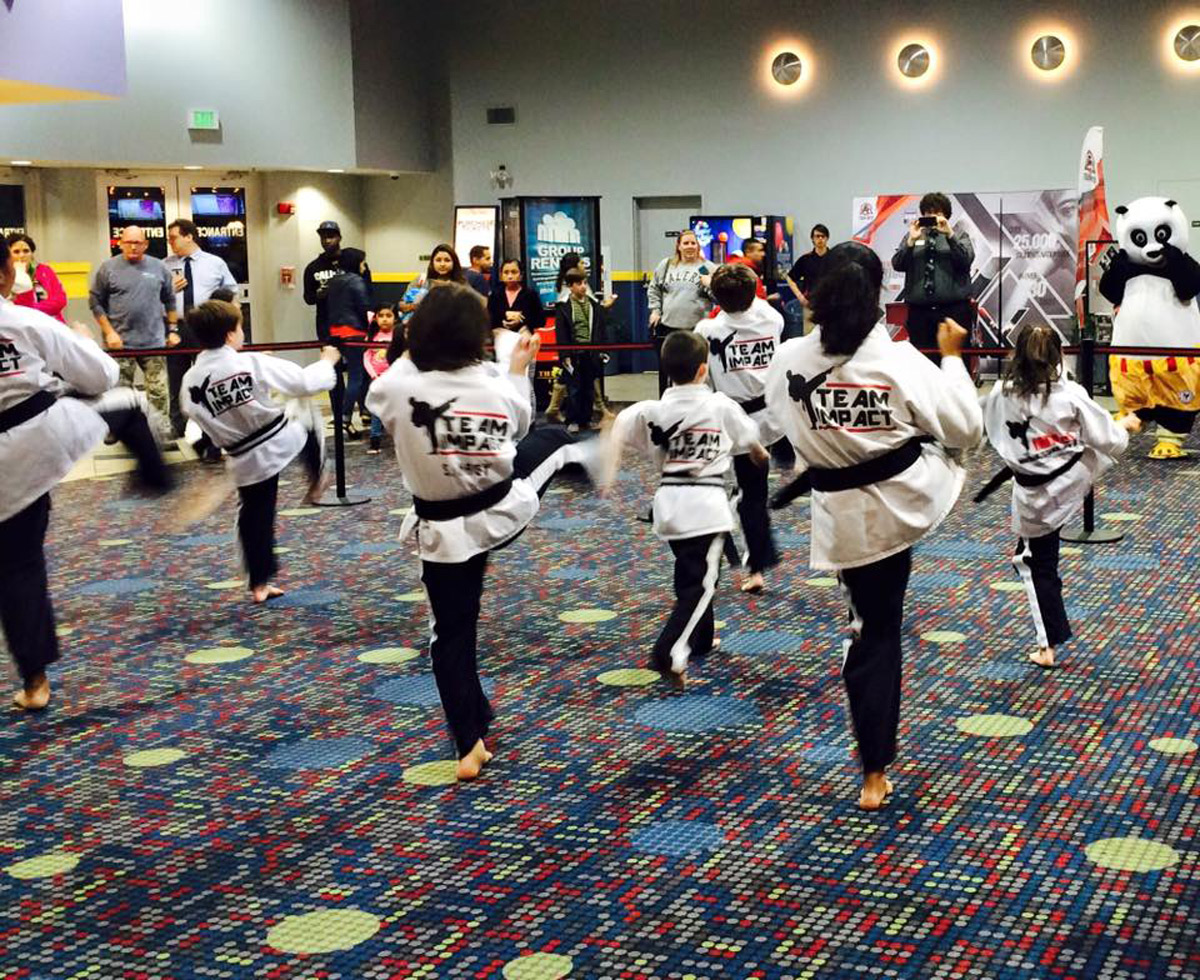